In traditional probiotic products, a large number of viable cells die during exposure to environmental conditions. Megaflora 9 evo matrix protects the bacteria against unfavourable conditions and allows to store the product at room temperature. The matrix significantly improves the stability giving a long shelf life.

The effectiveness of a probiotic product depends on the total viable bacterial count in the product. For this reason, the half-life of a probiotic products is based on the total of viable cells during storage time. The best method to measure the half-life of the product is by a real time stability test (RTS), where the bacterial count is expressed as colonies forming units (cfu) per gram, meaning cfu as living and viable bacteria.

The recent development of Megaflora 9 evo makes not possible to have a real shelf life under RTS test. However, it was carried out an accelerated stability test at 37° C ± 2° C for 4 weeks. This study considered the maximum temperature at which no bacterial damage occurs, but allows to check the stability in a short period that can be extrapolated to a situation of 25ºC stability.

Megaflora 9 evo samples were tested at T0 to T2, T3 and T4 times. The result shows that the concentration of bacteria was stable during all the time with a concentration that exceeded one billion per gram, which is the guaranteed concentration at the end of the shelf life of the product.

Megaflora 9 evo has the same stable behaviour than its probiotic and prebiotic predecessor, which has a stability of 48 months in RTS test.

The accelerated stability study has demonstrated that Megaflora 9 evo has a comparable stability than its predecessor and, therefore, at room temperature the same behaviour is expected. To prove this, a RTS test on Megaflora 9 evo is on going.

Accelerated stability test at 36 ° C for 4 weeks, of Megaflora 9 evo. 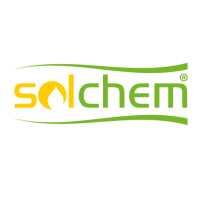